Every country has characteristics that define it.  It can be through various cultural manifestations that these places have:

I can for example tell you dear reader about a certain tower well famous made of iron, without mentioning its name, but I know you will see it in your mind’s eye and know where it is and which country I mean.

Likewise, Portugal also has its icons that precede it.

I will, however, pay tribute to only one of these, I mean the cablecars, the yellow and charming electric cars that ”float” through the center and glide around the edges of the beautiful city of Lisbon.

I must admit that when I first saw this creation of Portuguese engineering I was much more enchanted than I expected. Especially with the aesthetic aspect that unconsciously reminds us of the charming carriages of the 18th-century.

I underestimated their comfort and agility. I was wrong. In fact, I’ve had the opportunity to travel on our yellow friends from the early 19th century. They stroll imposingly between neighborhoods and their slopes like the true and legitimate ‘’owners of the streets’’. They unquestionably impose themselves after 200 years, owing nothing to modern electric cars. They fulfill the function of transporting thousands of people every day. Rain, hail or shine!

Certainly, the period to which this small means of transport was started in its current electric mode is dated back to 1901. Before then, it had horse traction running on the eponymous rails (trains that move on rails).

Interestingly, the current combustion cars are currently undergoing the same transformation that the rails have previously undergone in Portugal, but in the case of current vehicles, moving from combustion propulsion to electric propulsion.

However, my experience with this modern yellow wonder, the electric car or cable car of Lisbon, happened in July 2020, when I stayed in the vicinity of Castelo São Jorge for 10 days. 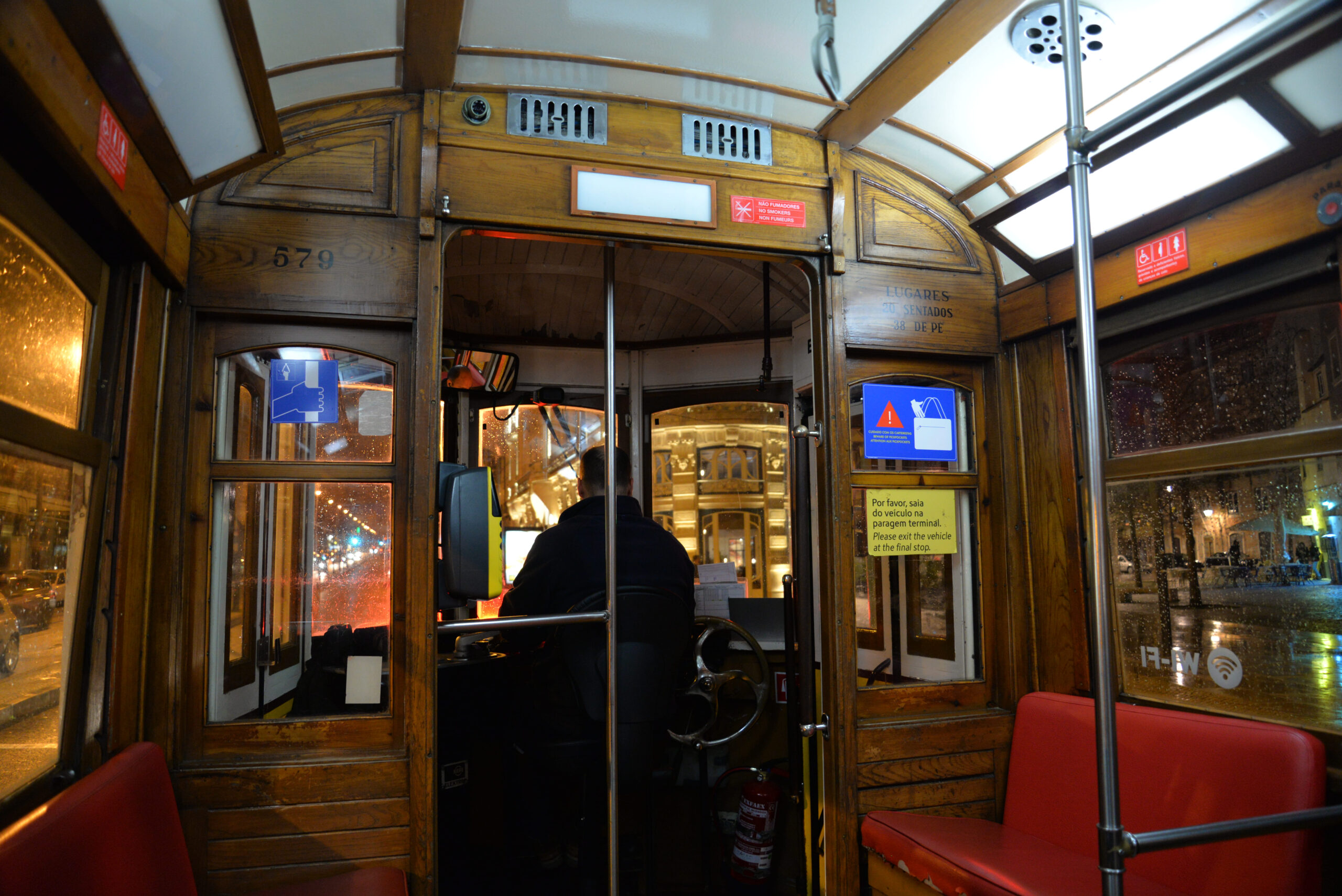 In fact, the closest means of transport was line 28E of the Carris. Widely used by tourists and having one of the longest routes,with more than 25 stops,this particular line winds through the tight streets in the neighborhoods:

Upon entering this electric cable car, I was surprised that they had preserved this original vehicle for so long. Everything has been coming back to us for over 100 years.

The most interesting thing is that we feel comfortable and enjoy a pleasant and quiet trip. At one point, I felt a strange feeling of sadness at the fact that this transport was so fast and practical. This was because I was loving the trip and didn’t want it to end so quickly.

I suddenly understood why the entire local population uses them daily. They are really very efficient.

I felt during my journey that I would like to stay longer onboard, I was very much enjoying the landscape of the old city from this unusual perspective, but my destination had arrived. In the end, I had to leave the tram at Largo do Portal do Sol, which has one of the best panoramic views of Lisbon.

one of the best views of Lisbon

I recommend this experience to everyone. However, stay alert as the journey ends much earlier than we think. Leaving a feeling of ”it wasn’t enough” within us. This is, however, ok because we can go back and enjoy it once more, whenever we want.

And now, I can tell you about a certain famous electric car made of iron, without mentioning its name, but I know you’ll see it in your mind and know where it is and which country I’m referring to.

To learn more about the history of the electric car and the Carris company, it is possible to do this personally in the Carris Museum and also in a virtual way, even in times of pandemic by the Covid-19, with all the details of this European historical element.

We provide all the necessary support for investors to know every detail of the ARI – Golden Visa application process. As well as direct and personal assistance in several other important details for the process of establishing their family and business life project in Portugal.

Count on us, this is a friendship that has a beginning, middle, and has no end!

Bread Museum The National Bread Museum was inaugurated on September 2002, in Seia, in Serra da Estrela. Today it is a symbol of the people and a universal good that continuously collects, preserves and displays objects and heritage bread. It is Portuguese in its...

END_OF_DOCUMENT_TOKEN_TO_BE_REPLACED

Palácio Chiado   History, good food & music and a beautiful atmosphere: the well-known Palácio Chiado is already a cool, trendy and mandatory stop for those who pass through the historic center of Lisbon. With the SALLA Bar and the renovated Restaurant, the...

Our volunteer correspondent Mr. Erí Torcato - LinkedIn. He has lived in Europe for over 5 years. He has a passion for getting to know new places and recording the moments and curiosities about the local cities and culture. Perhaps this skill is the result of your degree in cinema and has specialized as a film critic and writer.

Bread Museum The National Bread Museum was inaugurated on September 2002, in Seia, in Serra da Estrela. Today it is a symbol of the people and a universal good that continuously collects, preserves and displays objects and heritage bread. It is Portuguese in its... 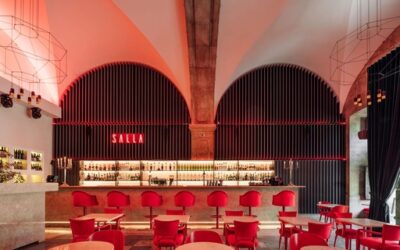 Palácio Chiado   History, good food & music and a beautiful atmosphere: the well-known Palácio Chiado is already a cool, trendy and mandatory stop for those who pass through the historic center of Lisbon. With the SALLA Bar and the renovated Restaurant, the...

Changes to the Golden Visa Scheme

Hi Readers, Since this is the last blog of the year, we would like to take this opportunity to wish all of you Seasons Greetings, Happy Holidays and a very Happy New Year. Here is hoping that 2022 is a better year for all of us and our families.On to the business at...

This website uses cookies to improve your experience while you navigate through the website. Out of these cookies, the cookies that are categorized as necessary are stored on your browser as they are essential for the working of basic functionalities of the website. We also use third-party cookies that help us analyze and understand how you use this website. These cookies will be stored in your browser only with your consent. You also have the option to opt-out of these cookies. But opting out of some of these cookies may have an effect on your browsing experience.
Necessary Always Enabled
Necessary cookies are absolutely essential for the website to function properly. This category only includes cookies that ensures basic functionalities and security features of the website. These cookies do not store any personal information.
Non-necessary
Any cookies that may not be particularly necessary for the website to function and is used specifically to collect user personal data via analytics, ads, other embedded contents are termed as non-necessary cookies. It is mandatory to procure user consent prior to running these cookies on your website.
SAVE & ACCEPT
Share This